.NET Developers community on Twitter is running a Campaign with #DropTheDot & #KeepTheDot hashtags. Most of the Developers will be aware about this Campaign & the reason behind it. If you’re still unaware let me share a short background.

People Love using Hashtags on Social Websites & these websites provide a better searching experience using Hashtags. Twitter is one of the most popular Platform when we talk about Hashtags trend. Problem with hashtag is that Dot(.) breaks the hashtag. It means we cannot use #.NET as Hashtag on any Social Platform. So .NET Developers community started a campaign that they’ll use #dotnet instead of #.NET. 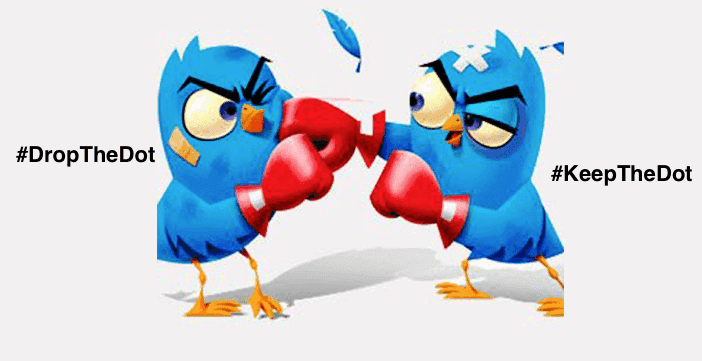 .NET Developers are sharing Memes to inforce using #dotnet Hashtag. I just gathered few & I’d love to share with you. 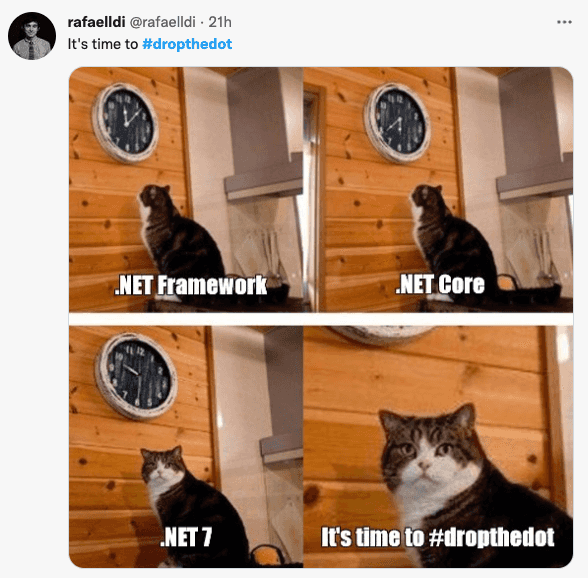 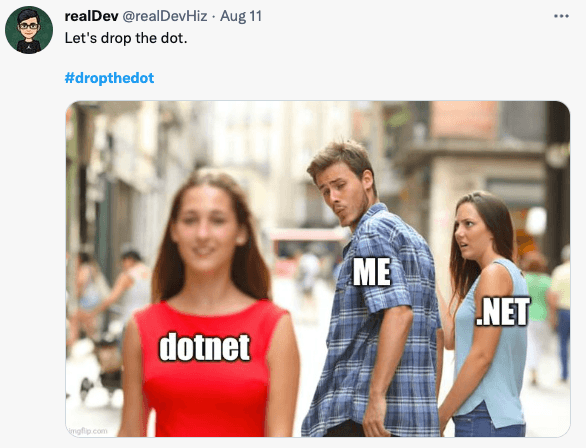 Maarten Balliauw also thinks that it should be dotnet not .NET. 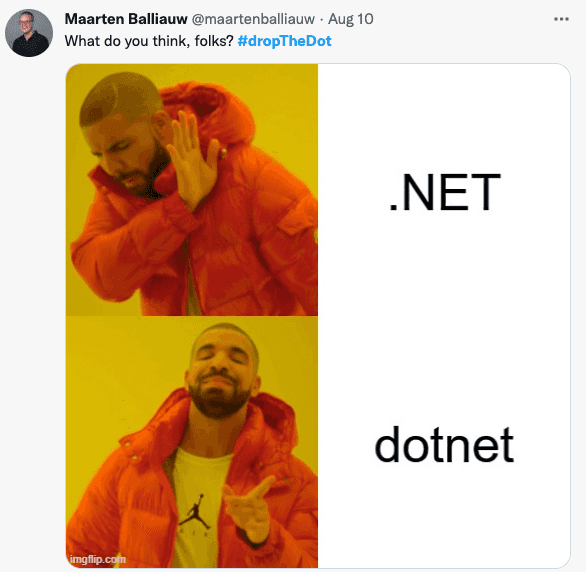 This is the real point that .NET is difficult to write in Posts, Documentation & Social media because it mixes the Sentences. 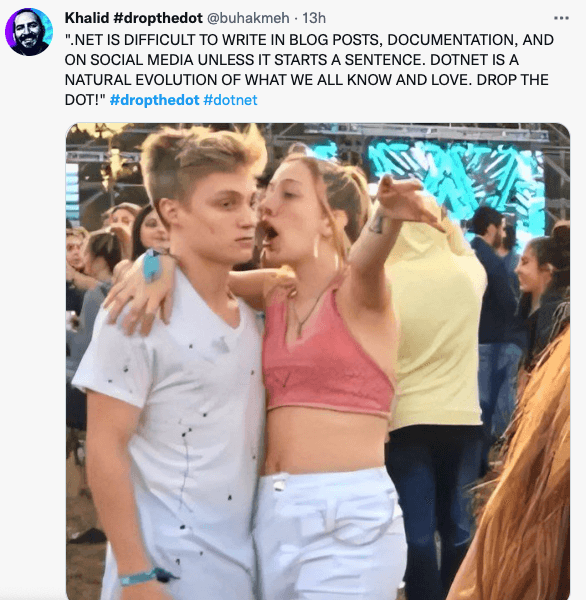 It acctually happens. Grammerly considers a mistake if we write .NET in the middle of the Sentence. 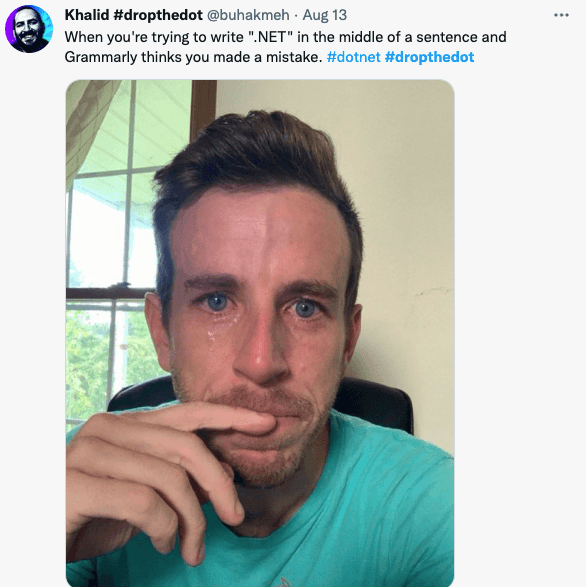 This guy used the power of his muscles to DropTheDot

Look at the efforts of the .NET Developers Community. They sent Maarten Balliauw into Orbit to Spread the message to folks on the international space station. 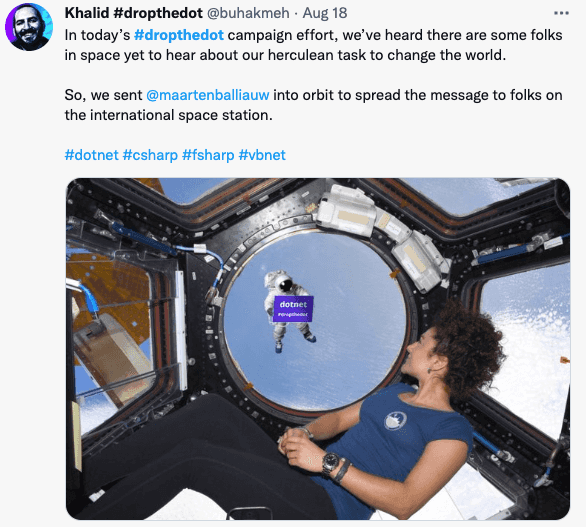 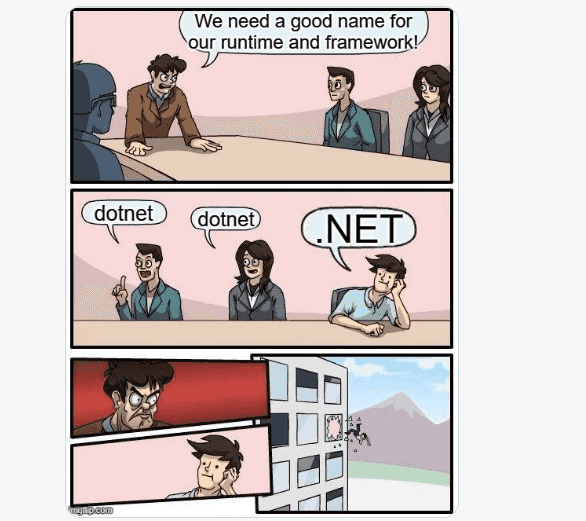 Ah, Developers are not able to think about anything other than DropTheDot 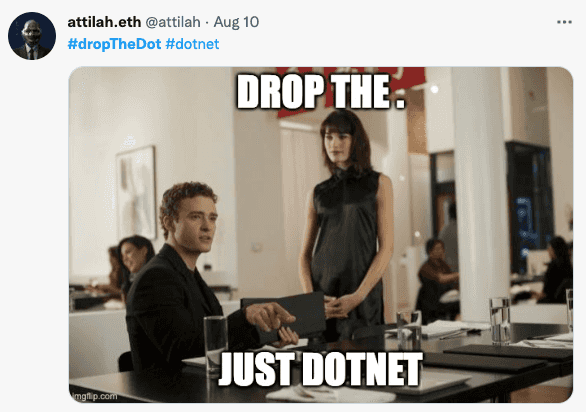 What Gives People Feelings Of Power? 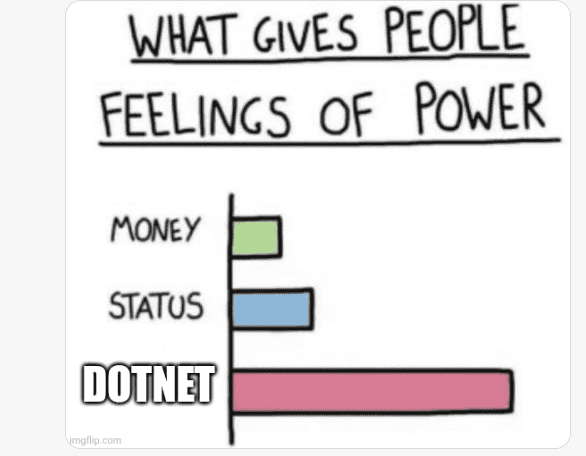 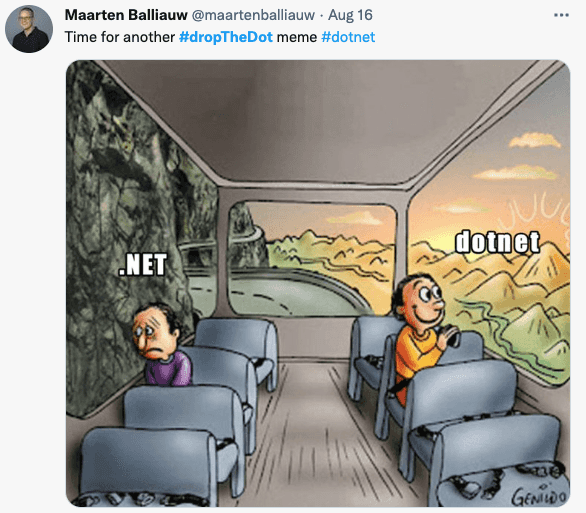 That’s Great to hear that the Owners of Space Needle are behind the DropTheDot movement. 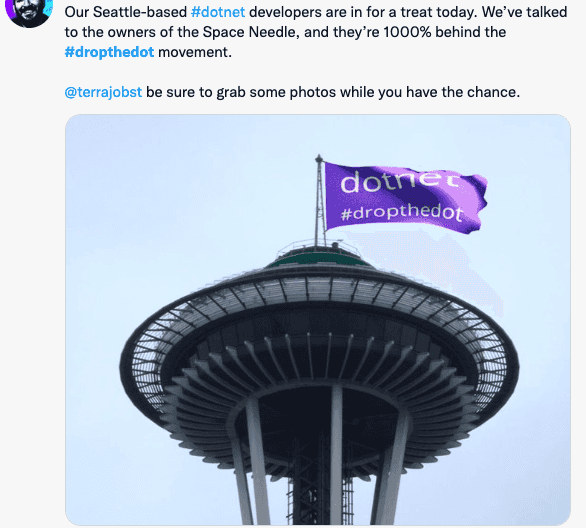 Some people are still confuse. 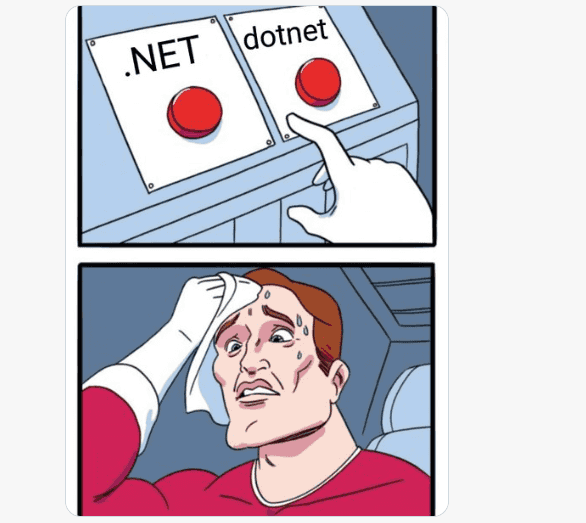 Have a Nice meeting. 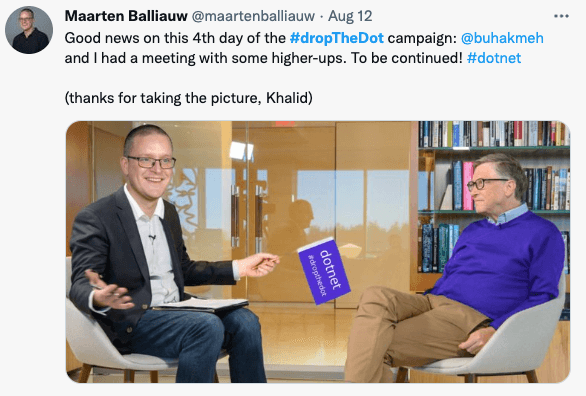 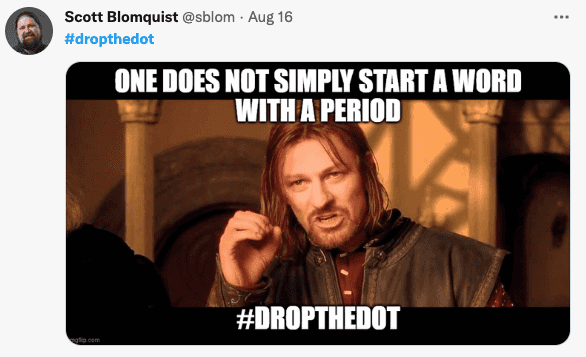